The beautiful photography, at Haltia Galleria, of Jyrki Kallio-Koski tells about life in the Sámi village of Raittijärvi over a span of forty years.

Already as a schoolboy, Kallio-Koski became interested in outdoor life and in documenting nature by photographing the spring and autumn migration of birds on the estuary of the River Kemijoki. When he began to make fishing and hiking trips to Lapland in the late 1960s, he also became interested in recording the dialogue between man and nature. At the same time, his approach to photographing became more focused.

“What I knew about the lives of Sámi was based on images from books and films that drew me to hike in Lapland. I made trekking trips to the regions of Pöyrisjärvi and Halti in Enontekiö, and it took a few years until I learned to know local people so well that I could approach them through the lense of my camera. I met reindeer herders from Raittijärvi for the first time on Lake Pihtsusjärvi in May 1975, and took my first photos of members of the Gáijjot family a year later. I now have several thousands of photos of the people and the surroundings of the area.

We discussed the possibility of an exhibition for the first time at the turn of the millennium, and the community supported the idea wholeheartedly”, Jyrki Kallio-Koski tells.

The ways and the world-view of the inhabitants of Raittijärvi have tempted Kallio-Koski to record the everyday life of the village and the passing of the reindeer-herding way of life from one generation to another.

The location of Raittijärvi is one of the special features of the village. The community is situated in the northernmost part of the municipality of Enontekiö, in the Käsivarsi Wilderness Area. You can reach the village by driving a 40-kilometre simple road either with a snowmobile in winter or an ATV in summer. Earlier, the only way to get to the village was to ski or walk. The life of the villagers is based on reindeer and reindeer herding. There are about ten houses in the community, and the seasonal migration pattern of herding determines the periods when they are inhabited. However, the village is never completely deserted, as there is always someone staying in at least one of the houses.

The exhibition is a homage to the villagers and their way of life.

Don’t forget that you can visit all exhibitions at Haltia free of charge if you have a Museum Card! 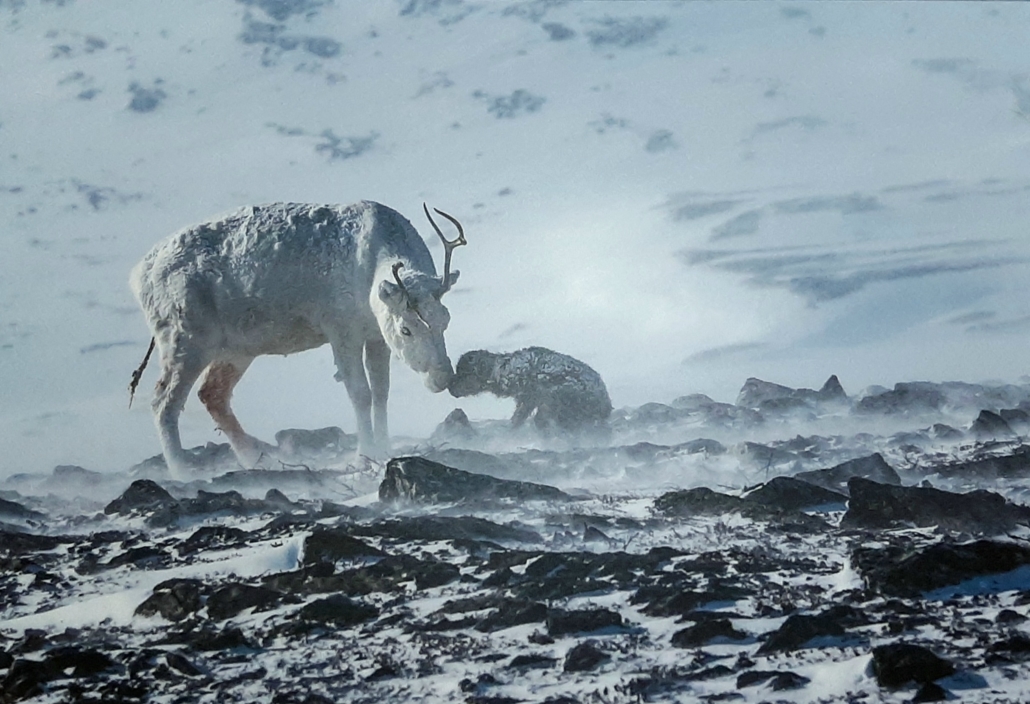